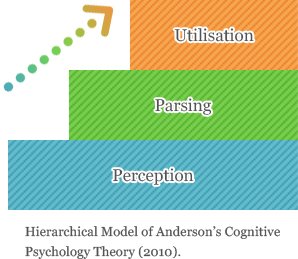 This is a guest post from Marisa Ueda (www.listening-marisa.com)

Here, two fundamental theories of the Ueda Methods (the effective methods of instruction and learning for EFL learners based on two theories, both of language understanding and human information processing, and also based on statistical data and its analysis) are introduced.

Anderson (2010) claims that language learning involves certain steps and proposes a cognitive framework of language comprehension based on perception, parsing and utilisation. Although these three phases are interrelated, recursive and possibly concurrent, they differ from one another. At the lowest cognitive level of listening, perception is the decoding of acoustic input that involves extracting phonemes from a continuous stream of speech.

With regard to the first stage, Anderson (2010) argues that there are at least two problems in speech perception or recognition, i.e. segmentation and co-articulation. The first problem, segmentation, occurs when the phonemes need to be identified, but unlike printed text, speech is not broken into discrete units. Speech is a continuous stream of sounds with no noticeable word boundaries. Thus, any new learner of English normally experiences this problem. Anderson defines phonemes as the minimal units of speech that can result in a difference in the spoken message (p. 51). Words are divided into two categories, i.e. content and function words. Nouns, verbs, adjectives, adverbs and demonstrative pronouns are categorized as content words (Gimson, 1980, p. 256); they convey relevant information unlike function words such as prepositions, conjunctions and determiners. Thus, function words are not generally stressed in listening. Furthermore, the segmentation problem and unstressed words are firmly related. Examples of the segmentation problem include assimilation, contraction, deletion, elision, liaison/linking and reduction (Yoshida, 2002, p. 32).

Next, the second stage in Anderson’s cognitive psychology theory (2010) is parsing. In parsing, words are transformed into a mental representation of the combined meaning of the words. This occurs when a listener segments an utterance according to syntactic structures or meaning cues. According to Anderson (2010), people use the syntactic cues of word order and inflection to interpret a sentence (p. 366). Thus, when a sentence is presented both with and without a major constituent boundary, it is more difficult to comprehend the latter form.

The third and final stage is utilisation. In this stage, it is sometimes necessary for a listener to make different types of inferences to complete an interpretation of an utterance, especially since the actual meaning of an utterance is not always the same as what is stated. That is, to completely understand a sentence, a listener sometimes needs to make inferences and connections so that s/he can make the sentence more meaningful. In addition, mental representation is also required to comprehend the speaker’s actual meaning. 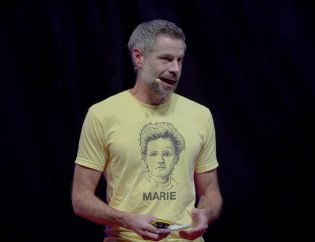 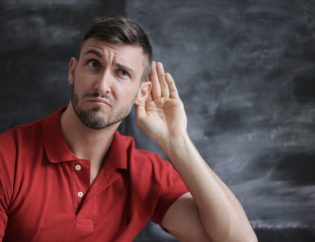